On March 15, 2022, just days after clocks were adjusted to “spring forward,” the U.S. Senate passed the Sunshine Protection Act of 2021, which would abolish clock changes in favor of permanent daylight saving time.

Although dozens of states have considered legislation to end clock changes, only federal action can establish permanent daylight saving time in the United States. While the Sunshine Protection Act still requires approval by the House and President Biden to become law, the bill could mean major shifts in our clocks, daylight exposure, and sleep.

Here’s what we know about the potential changes to our time changes.

Sept. 27, 2022, UPDATE: The start of autumn has brought with it renewed questions about daylight saving time. In short, nothing has changed.

June 28, 2022, UPDATE: Summer has started. But as expected, the U.S. House has not moved quickly to address the Sunshine Protection Act, which the Senate passed earlier this year. It has not made it to any subcommittee agenda in the House Committee on Energy & Commerce, which typically would face the task of discussing and reviewing the plan. Per the Senate’s bill, permanent daylight saving time would take effect on Nov. 5, 2023, if the legislation passes the House and receives the president’s signature.

May 24, 2022, UPDATE: Two months since the U.S. Senate passed the Sunshine Protection Act, the U.S. House has yet to start discussion on it. But that’s OK with the American Academy of Sleep Medicine, which reasserted its preference for permanent standard time this week. It joined the Society for Research on Biological Rhythms and the Society of Behavioral Sleep Medicine in a letter (PDF) that urged the House to discuss the matter thoroughly before voting on the best option for daylight saving time moving forward.

“Standard time is a better option than daylight saving time for our health, mood, and well-being,” says Dr. Raman Malhotra, the academy’s president, in a statement. “By aligning our clock time more closely with the timing of the sun, standard time helps synchronize our bodies with our natural environment, which is optimal for our daytime functioning and nighttime sleep.”

April 13, 2022, UPDATE: Americans may prefer a move to permanent daylight saving time, according to a new CBS News/You Gov poll. Survey results show that 46% of participants opted for daylight saving all year long, with 33% preferring permanent standard time and 21% stating they like our current time-change setup. This preference is consistent across all demographics and political groups and included a sample group of more than 1,600 adult Americans. A separate survey of likely Oklahoma voters showed similar results.

Sleep experts and groups such as the National Sleep Foundation and the American Academy of Sleep Medicine have come out in favor of permanent standard time. Supporters of permanent daylight saving time include University of Washington law professor Steve Calandrillo, who says the issue goes beyond sleep.

“I care about all costs and all benefits — economic, health, safety, energy. But in my opinion, the public-safety and crime-reduction positives outweigh the negatives,” Calandrillo says. “The negatives, like the winter-morning darkness impacts on school children, can be mitigated through later school start times.” 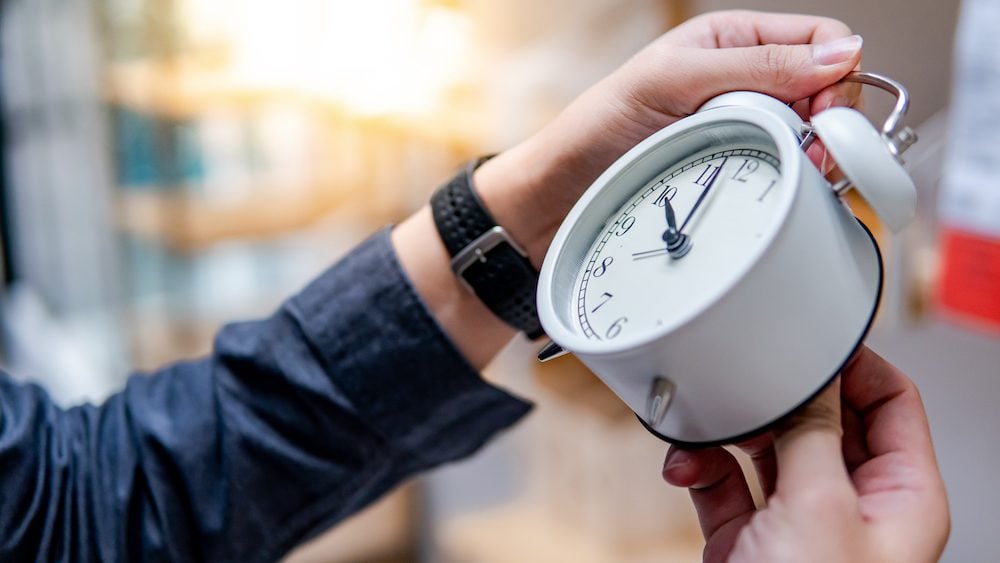 What has happened already?

Senate Bill 623, sponsored by Sen. Marco Rubio, R-Fla., passed the Senate on March 15, 2022. No formal vote took place. Instead, the bill passed through a process called unanimous consent, which means that no senator objected to its passage. The bill’s introduction surprised some lawmakers, and at least one senator reportedly was expected to object. The bill must pass the House and gain President Biden’s signature to become law.

When will Congress vote on daylight saving time, and what happens after that?

There is no established timetable for House debate or voting on this bill. Indications in March were that it could be weeks or months before a decision about voting on the legislation. Rep. Frank Pallone Jr., D-N.J., chairman of the House Energy and Commerce Committee that oversees time changes, says more research is needed.

In addition, the White House has not taken a position on the bill.

If the current bill passes, permanent daylight saving time would take effect on Nov. 5, 2023. This would allow the transportation industry time to adjust its advanced scheduling.

In practice, this means that the last clock change would occur with a “spring forward” in March 2023. After that, there would be no “fall back” in November, and clocks would stay on daylight saving time permanently.

Is the proposal to move to permanent standard time or permanent daylight saving time?

The Sunshine Protection Act would establish permanent daylight saving time. Under the bill’s provisions, there would no longer be biannual clock changes in the spring and fall.

Good question. The Senate call for unanimous consent on the Sunshine Protection Act came just after the clock change in March, when daylight saving time typically is in greater focus. The bill itself has been around since 2021, however, and was moved to committee in the House and Senate since then. Rubio himself has proposed similar bills each year since 2018, with none getting as far as this year’s version.

Did he just get lucky in 2022? We may learn more in the coming weeks.

What does this mean for my city and state? Will we be literally in the dark all the time?

Daylight saving time takes place from mid-March to early November. We may notice little difference in those months except for the elimination of biannual clock changes.

The law’s effects would be more apparent from November to March, when clocks are on standard time. In general, daylight saving time means less light in the morning. So during these months, people with typical work and school schedules would be more likely to start the day in the dark.

That said, the effects of the Sunshine Protection Act will vary based on where you live. The amount of daylight throughout the year depends on how far north you live. In addition, cities in the western parts of each time zone have later sunrises, which can mean even less morning light under permanent daylight saving time.

How will this change how we sleep?

By establishing a stable time, the new law would prevent sleep disruptions that occur from biannual clock changes. Switching to permanent daylight saving time, however, could interfere with quality sleep.

Groups such as the American Academy of Sleep Medicine and the National Sleep Foundation, as well as many experts, oppose permanent daylight saving time and prefer the idea of permanent standard time.

Daylight saving time reduces exposure to morning sunlight, which makes it harder to wake up in the morning. More light in the evening may make it harder to fall asleep at night. In addition, the shift in the timing of daylight exposure can affect the body’s internal clock, which follows a 24-hour schedule known as a circadian rhythm.

Why was daylight saving time created at all?

The U.S. started daylight saving time in 1918 and has implemented and repealed it at various times since then. It was created primarily to reduce energy consumption and promote commerce. The Uniform Time Act of 1966 established the current system of biannual clock changes between standard time and daylight saving time.

There is no single reason. Although surveys show that clock changes are generally unpopular, groups disagree about whether permanent standard time or permanent daylight saving time would be best. In addition, changing federal law can be a lengthy process, which has helped keep the current system of clock changes in place.