Editor’s note: This is the first in Sleep Foundation’s Inequality Series, a collection of interviews and articles that highlight the contours and effects of sleep inequality. In this conversation, we speak with Dr. Connor Sheehan, Assistant Professor at the T. Denny Sanford School of Social and Family Dynamics at Arizona State University. He shares how the education gap is a predictor of sleep quality, why your spouse’s education level can impact your sleep quality, and why earning a college degree can lead to better sleep — for some people. The transcript has been edited for clarity and concision.

Sleep Foundation (SF): Thanks for agreeing to speak with us, Dr. Sheehan! Let’s start by discussing your background. How did you first get interested in issues of sleep and sleep inequality?

Dr. Connor Sheehan (CS): Well, I did my doctoral training in sociology at the University of Texas at Austin, and I became interested in sleep inequality because my postdoctoral advisor was interested in sleep. She showed me the light, and I realized that a lot of people were sleeping on sleep. Sleep is so important for our physical health, but it’s also important for pretty much all aspects of us as humans, like parenting, how well we do at our jobs, how well we engage with our friends, how well we get through school when we’re a kid. Sleep has this potential to exacerbate social inequality. We know it leads to health disparities, but I think it can recreate social inequality more broadly.

SF: How did your background in sociology prepare you to study sleep and sleep inequality?

CS: Well, sociology does study health and the sociological determinants of health. Health in the United States is incredibly stratified by sociological groups. Sleep is one of the big missing links and, frankly, one of the most important creators of health disparities.

“Health in the United States is incredibly stratified by sociological groups. Sleep is one of the big missing links and, frankly, one of the most important creators of health disparities.”
Dr. Connor Sheehan

SF: Within this Sleep Foundation series, we are trying to shine a light on issues of sleep inequality. And, we’re mindful that to begin a conversation on inequality as it relates to education or socioeconomics, for instance, is to also discuss issues of race, class, and gender inequality. They’re all so intimately tied. So, with that being said, what kinds of questions are currently driving your research?

CS: I’ve been looking at or documenting two different areas of inequality and sleep, and they overlap and intersect in interesting and depressing ways. There is a racial and ethnic stratification in sleep. We find this huge inequality where marginalized populations in the US are sleeping less, their quality of sleep is less than white Americans.

SF: What do you think leads people with higher degrees of education to sleep better?

CS: I think it really comes down to less stressful lives, and more resources to be able to deal with that stress. If you have less than a high school education, you’re likely to be making less money, the jobs you work are often more precarious, and they’re often more likely to be shift work. Precarious jobs increase your stress, which you can ruminate on and keep you up at night. And, shift work makes it more difficult to sleep.

So, kind of at every single turn, those with lower levels of education are exposed to factors that are detrimental to your sleep. Of course, those with high levels of education receive all of the benefits: they live in quiet neighborhoods, sleep in comfortable beds, they’re able to relax and turn off their work, and they’re able to work a regular schedule that’s not super-stressful.

It’s often argued that earning a college degree can lead to higher wages and more career potential. But Dr. Sheehan argues it leads to other social benefits, as well. His research found that a degree not only leads to higher paying jobs, but the ability to live in safer, quieter neighborhoods. He also found that those with a college education usually work a regular schedule that allows them to turn off their work and relax in the evenings, making it more conducive to quality sleep.

SF: Is a high school education the determining factor here?

SF: Why would a spouse or partner who is more educated impact their partner’s sleep?

CS: Your partner influences your sleep in a lot of ways, including your circadian rhythm. Often you share a bed with this person, so if they’re tossing and turning, you might be, too. If they’re bringing home their stress, it might inadvertently influence your sleep.

SF: In your research, are you finding that these education disparities also translate to divisions along class and socioeconomic lines?

SF: Based on what you’ve said so far, it also seems like those with a college education would also be more likely to work sedentary jobs, while those without a degree may be thrust into more blue collar, physically demanding jobs. How do you think that distinction influences our sleep more broadly?

CS: Sedentary behavior is not great, but college educated people generally have more flexibility with their time, and they’re able to engage in intentional exercise, for example. So, if you’re just sitting in front of a screen all day, that can’t really be good for your sleep, but on average, college educated people still tend to sleep better.

SF: So, if we have this sleep gap as a result of one’s education, do you have any recommendations for how we can begin to close this gap?

CS: If we minimize social inequality more broadly, we would probably minimize sleep inequality, but that would take a lot. For instance, if you could hypothetically take away all the shift work and magically eliminate people working at night, there would still be a litany of other factors through which those with less than a high-school education are disadvantaged in their sleep. So, even if we could eliminate one major cause of inequality and sleep, there would still be a lot more.

One thing that I’ve been cautious about saying is that more education for everyone would be better. Because I’ve also found that education is associated with worse sleep among people of color, specifically black Americans. When black Americans get higher levels of education, they actually sleep worse than their peers with less than a high school education.

SF: Why do you think that is?

A college education is the key to good sleep — for some people.

While Dr. Sheehan’s research generally found those with college degrees had better sleep, he also found Black Americans with a college degree had worse sleep. Higher education gave black Americans more access to spaces that are predominantly white — such as college campuses and white collar workforces — which, in turn, increased their encounters with racism and discriminatory practices.

SF: What are you broadly hoping to achieve with your research into these issues? What outcomes would you like to see?

CS: The point for me is to really draw attention to these issues. But, even if we could get the word out that people with less than high school education are sleeping less, they should put more effort into sleeping. I mean, these are people who live really stressful lives, who may have two jobs or work in the gig economy probably know that sleep is good and likely enjoy sleeping, but there are so many structural factors that prevent it.

What is Shift Work?

Shift and gig work often has an inconsistent schedule, and traditionally requires employees to work outside the traditional 9-5 structure. This can make it difficult to have a consistent sleep/wake time, and may require individuals to sleep during the day. This means other factors such as daylight, noise, or family interruptions can make sleep additionally challenging.

It’s really important to emphasize that social policy is health policy is sleep policy. Policies that can minimize social inequality more broadly are likely to minimize inequities in sleep.

SF: We’ll give you the final word. Is there anything else on this topic you’d like to mention?

CS: Sleep not only reflects or is determined by social inequality, but it also reinforces or recreates it. There have been studies that show parents who get better sleep are generally better parents. So, if you’re not getting sleep because you’re working in the gig economy, you’re working in the shift economy, you’re not parenting as well. Your kid might not be sleeping as well. And if not, the kid won’t be as likely to do well in school or might have behavioral problems. This lack of sleep just recreates inequalities, and it forms a vicious feedback loop that sleep is at least partially to blame for. 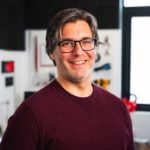