To qualify as chronic fatigue syndrome, symptoms cannot be fully explained by another disorder Trusted Source National Library of Medicine, Biotech Information The National Center for Biotechnology Information advances science and health by providing access to biomedical and genomic information. See Full Reference Also, all three ME/CFS symptoms must be present for more than six months, and be at a moderate to severe level for at least 50% of the time. In addition to the primary symptoms, the person must either experience worsening symptoms after standing or sitting upright, or memory and concentration difficulties, also called “brain fog,” that become more severe when the person is tired, stressed, or under time pressure.

The disorder often occurs in people who previously led physically active lifestyles. Chronic fatigue syndrome tends to have a clearly marked onset, frequently following an illness, injury, accident, or trauma. For many people, the disorder starts with flu-like symptoms, which may trigger immune system dysfunction that becomes chronic.

Along with fatigue, people with ME/CFS might report other symptoms including:

Chronic fatigue syndrome may affect someone’s ability to work, study, socialize, or enjoy hobbies, especially if they experience anxiety or panic attacks due to their symptoms.

Chronic fatigue syndrome encompasses a wide range of symptoms that affect most systems in the body, so doctors may easily confuse it for another disorder. Examples of the many conditions that may cause similar symptoms include anemia, hypothyroidism, hyperthyroidism, diabetes, cancer, celiac disease, obstructive sleep apnea, and inflammatory bowel disease.

Narcolepsy is marked by sudden, unexpected urges to sleep during the day Trusted Source American Academy of Sleep Medicine (AASM) AASM sets standards and promotes excellence in sleep medicine health care, education, and research. See Full Reference . In contrast to chronic fatigue syndrome, in which fatigue is made worse by activity, narcolepsy sleep attacks occur more frequently during monotonous activities. Another difference is that people with narcolepsy tend to feel refreshed after sleep, whereas people with chronic fatigue syndrome experience unrefreshing sleep.

Some people with narcolepsy also have cataplexy, or a sudden loss of muscle tone that often occurs in response to strong emotions such as laughter. Cataplexy is not normally experienced by people with ME/CFS.

Multiple sleep disorders and other health disorders can cause excessive sleepiness, but when the cause is not known, a person may be diagnosed with idiopathic hypersomnia. People with hypersomnia often sleep for 10 to 12 hours a day. They may feel groggy for a long time after waking up in the morning, or they may take long naps and wake up feeling unrefreshed. However, hypersomnia causes sleepiness rather than fatigue, and people with hypersomnia tend to fall asleep unusually quickly, which is not a typical trait of chronic fatigue syndrome.

Fibromyalgia may present very similarly to chronic fatigue syndrome. Fibromyalgia Trusted Source National Library of Medicine, Biotech Information The National Center for Biotechnology Information advances science and health by providing access to biomedical and genomic information. See Full Reference primarily causes undefined pain in various parts of the body, but it can also cause fatigue and cognitive issues similar to those seen in ME/CFS. Other autoimmune disorders, like lupus or rheumatoid arthritis, may also appear similar to chronic fatigue syndrome. Doctors may need to test for antibodies to rule out these disorders.

Depression and other mental health disorders, such as bipolar disorder or schizophrenia, may look similar to chronic fatigue syndrome. Older adults experiencing depression may be especially likely to have unrefreshing sleep, fatigue, and brain fog. The two disorders may share similar pathways and, for some people, depression may coexist with chronic fatigue syndrome Trusted Source National Library of Medicine, Biotech Information The National Center for Biotechnology Information advances science and health by providing access to biomedical and genomic information. See Full Reference . Compared with depression, chronic fatigue syndrome is more likely to cause extreme fatigue after doing something that requires minimal effort.

People with obstructive sleep apnea experience a blocked or partially blocked airway, causing them to fully or completely stop breathing multiple times per night. These lapses in breathing disturb sleep, even if the person is unaware of them, leading to daytime sleepiness. To differentiate chronic fatigue syndrome from obstructive sleep apnea, doctors can conduct a sleep study or ask a bed partner if they have noticed their companion snoring, gasping, choking, or pausing their breathing during sleep.

How Is Chronic Fatigue Syndrome Diagnosed?

Before diagnosing chronic fatigue syndrome, a doctor examines a person and rules out other possible causes of their symptoms.

There is no specific test that conclusively proves the existence of chronic fatigue syndrome. Instead, testing may involve physical tests of blood, urine, thyroid function, muscle enzymes, gluten tolerance, and other analyses depending on the person’s symptom profile.

The doctor also asks questions and may administer questionnaires, such as the Centers for Disease Control Symptom Inventory or the DePaul Symptom Questionnaire Trusted Source National Library of Medicine, Biotech Information The National Center for Biotechnology Information advances science and health by providing access to biomedical and genomic information. See Full Reference , for a better picture of the symptoms.

Symptoms of chronic fatigue syndrome can come and go, and they vary from person to person. This variability can make it difficult for diagnostic measures to capture how a person is affected by the disease, even if the effects are real and noticeable. Some experts argue that chronic fatigue syndrome should be further divided into different subtypes based on groups of symptoms.

Talking with Your Healthcare Provider About Your Symptoms

Since chronic fatigue syndrome can be difficult to diagnose, it is helpful to come prepared to your doctor’s appointment. Think back to when your symptoms first started, and whether they may be linked to a stressful event or an illness. Make a note of all the symptoms you have experienced, even if they do not seem directly related to chronic fatigue syndrome. This can help your doctor rule out other conditions.

You may also want to prepare a list of questions to ask your doctor. Treatment for chronic fatigue syndrome tends to focus on managing symptoms through medication, therapy, and lifestyle changes. Tell your doctor about your preferences regarding activity levels, so they can help establish a treatment plan that works for you. They may need to refer you to specialists for more targeted treatment of certain symptoms. 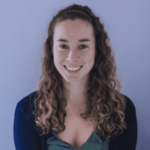 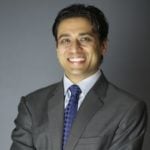 Why Can't I Stay Awake? Why is Sleep Important? Sleep Patterns Can You Pay Off Sleep Debt? What Happens When You Sleep?