Understanding critical performance criteria can make it easier to select the best mattress for you. Edge support is one such factor that can greatly impact the sleep experience, but many shoppers may not immediately take it into account. Not only is it worthwhile to consider on its own, but it can also have far-reaching implications that affect other aspects of the mattress’ overall performance, including its durability, suitability for sex, and ease of movement.

We’ll provide an in-depth overview of edge support, including defining what it is, explaining the role of materials and construction, and breaking down how our testing lab analyzes mattress performance in this area.

What is Edge Support?

Edge support generally refers to how sturdy the perimeter of the mattress feels, but it can also reference a specific component that reinforces the sides. As a performance criterion, we use edge support to mean the former.

The stability of the perimeter shapes multiple facets of the sleep experience. Perhaps most notably, it determines how close to the edge of the bed you can lie without feeling unstable. Ultimately, this influences the total usable surface area for sleeping and sex. A supportive perimeter can also make it easier to get in and out of bed by allowing sleepers to sit comfortably. Additionally, edge support can play a role in the bed’s overall longevity by limiting sagging and improving its overall structure.

In general, if a model has sturdy edge support, you may not notice the trait. However, if a mattress has especially weak edges, it’s hard to ignore.

Who Should Care About Edge Support?

Edge support affects all sleepers, but it matters more to some than others.

A stable perimeter is often most essential for couples, since it impacts how much of the surface they can use. If a model has weak edges, sleepers may automatically gravitate towards the center of the bed to avoid the sensation that they might roll off. For partners sharing a sleep surface, this can make the bed feel cramped.

Similarly, couples may encounter difficulties having sex on a mattress without sufficient support along the sides. Increased perimeter compression may limit the usable surface area.

Anyone who frequently sits along the perimeter of the bed may prioritize edge support. This can be particularly important for those with back pain, joint pain, and mobility issues, who need time to stand up at their own pace without edge sagging forcing the issue. Additionally, anyone who likes to sit on their bed to put on their socks, shoes, or pants may benefit from a stable base.

Since the perimeter of a mattress compresses more under greater weight, individuals who weigh more than 230 pounds may also need a stronger edge to feel secure.

Edge support usually matters less to individuals who weigh under 130 pounds and those who do not use the mattress’ perimeter extensively. Sleepers who weigh less cause less compression, so even relatively weak edges may feel supportive enough. Additionally, anyone who prefers to sleep in the center of their bed and does not frequently sit along the perimeter may not notice whether or not their mattress has strong edge support.

The materials and construction of a mattress directly determine its edge support. Most of the structure along the perimeter comes from the core, but the comfort layers influence the extent to which an individual experiences the core’s support.

Softer comfort systems compress more under a sleeper’s weight. Thicker layers that allow significant sinkage before the sleeper reaches the core can amplify this effect. Therefore, a thicker, softer comfort system can make the edge feel less stable than a thinner, firmer layer. We’ll explain the potential implications of some common mattress materials.

Technically, any type of mattress could include edge reinforcements. Many models use either narrower-diameter or sturdy lower-gauge coils around the perimeter to combat sinkage. Others include a layer of firm high-density polyfoam around the outside of the support core. While these reinforcements typically make the sides of the bed stronger, firmer mattresses with unfortified edges may still be more supportive than some softer models with dedicated edge reinforcement.

Zoning can also impact the feel of the perimeter. When a model is zoned, it features targeted support intended to promote good sleep posture. To achieve this, the mattress is usually firmer in the center third. Therefore, the center of the edge may also feel more stable, which could be beneficial for those who like to sit along the perimeter.

Mattress type is determined largely by the composition of the core, which also gives the bed the majority of its edge support. We’ll highlight the most common types of mattresses and explain how their cores affect their perimeters.

Innerspring & Hybrid: The coil support systems of innerspring and hybrid models generally provide sturdier edges than alternative options. This is especially true of models with dedicated reinforcement through sturdier coils along the perimeter, or polyfoam encasement.

Latex: Latex models also usually perform well for edge support, though this depends partly on the firmness. Mattresses made with Dunlop latex generally hold up better than those made with Talalay latex, which tends to be more pliant.

All-foam: All-foam models typically earn the lowest marks in edge support due to the conforming nature of memory foam and polyfoam. Although polyfoam cores don’t tend to provide the stability of innerspring cores, some firm all-foam models with thinner comfort sections have ample edge support.

Airbed: Since airbeds have adjustable firmness levels, their edge support varies depending on the setting. Most models have better edge support on their firmer settings. Airbeds with thick comfort sections may perform less well at edge support.

How Do We Test for Edge Support?

We implement standardized edge support testing procedures to limit bias in our evaluations and ensure consistency across models. While perceived edge support may vary between individuals based on their body types and personal preferences, we aim to establish impartial ratings to help you compare options.

To do so, our testing team utilizes established controls to reduce variables that could unduly influence our evaluations:

Mattresses earn high marks in edge support if they compress only mildly along the perimeter, without sinking enough to feel unstable. We award lower marks to mattresses that sag, making it difficult to sit or lie along the edge and complicating the process of getting in and out of bed. With these mattresses, testers may feel that the mattress is sinking out from under them and that they could inadvertently roll or slide off the edge. To better understand how a model performs in realistic scenarios, we have in-house testers sit on the edge of each model to test its support. The tester remains in position for a moment to see if the compression increases over time. Additionally, our testers bend over to simulate tying their shoes to assess whether the edge can support this routine behavior. This process is repeated at multiple spots along the perimeter in case there is zoning or inconsistent support.

Our team looks at the extent to which the edge compresses with each action. The testers also note their personal experiences, including their judgments of support, comfort, and stability, to give us the full picture of a mattress’ performance.

We assess how well the edges can support a sleeper by asking our tester to lie in the center of the mattress and gradually inch towards the perimeter, moving approximately the same amount with each adjustment and then pausing in the new position. As the tester moves, they inform the team of perceived instability, and the team measures the distance between the tester and the mattress edge. While we measure the degree of compression along the perimeter, our tester continues to move closer to the edge until it becomes uncomfortable.

Once the process is complete, the tester notes their perceptions and experiences.

Our testers repeatedly get into and out of each bed to mimic what real mattress owners experience. As part of this process, they sit along the perimeter and then purposely push off to assess what it might be like for someone who has moderate difficulty rising from a sitting position. Additionally, the testers press their hands firmly on different areas of the edge to check for consistency.

While the tester conducts these movements, we monitor the compression and track any changes over time. We also analyze how long the edge takes to return to its original shape once weight is removed. The tester then details their impressions of the experience.

Edge support is a complex concept with a plethora of related factors to unpack, so it’s only natural that sleepers have concerns. We’ll address some of the most common questions that arise.

Can I improve my bed’s edge support?

Some methods may help bolster the edge of your bed, though their effectiveness depends partly on your existing mattress setup and the cause of any edge weakness.

If your mattress’ perimeter has weakened over time, it may be a result of normal wear and tear. Under these circumstances, rotating your mattress may give you better access to an area of the perimeter with less damage.

Using a more stable foundation can make your mattress feel firmer in general. While this is usually more impactful for firming up the center of the bed, it could also have a mild effect on edge support. Refer to the manufacturer’s recommendations to find out what sort of base works best for your model. Foundations with slats that are relatively close together, platform beds, and bunkie boards generally limit sagging and enhance the perceived support.

An exceptionally firm mattress topper could also mildly affect edge support, especially for lighter individuals who do not sink in as deeply. However, since adding an extra layer puts the sleeper farther away from the support core, even a firm topper runs the risk of contributing to greater edge sinkage.

If your mattress contains memory foam, lowering the room temperature can make the surface marginally firmer, which may help stabilize the edges.

What type of mattress is best for edge support?

While mattresses with coil cores and reinforced perimeters usually have the best edge support, many firm mattress models also excel in this category. Spring systems typically have stable edges because they provide more pushback than foam. Firm all-foam models may not receive the same level of support from the base, but the comfort system helps resist sagging in its own right.

How can I limit edge sagging over time?

Taking proactive steps can help ensure that the perimeter of your bed doesn’t weaken with age. Always use your mattress on a sufficiently supportive base, as specified by the manufacturer. Without adequate support, a mattress may sag, including along the edge. Regularly rotating your mattress can also promote more even wear, so that it’s less likely to develop a lasting impression if you routinely sit on the same spot. 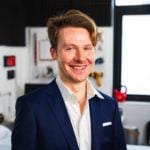